3 Years of Support for Albion Foundation 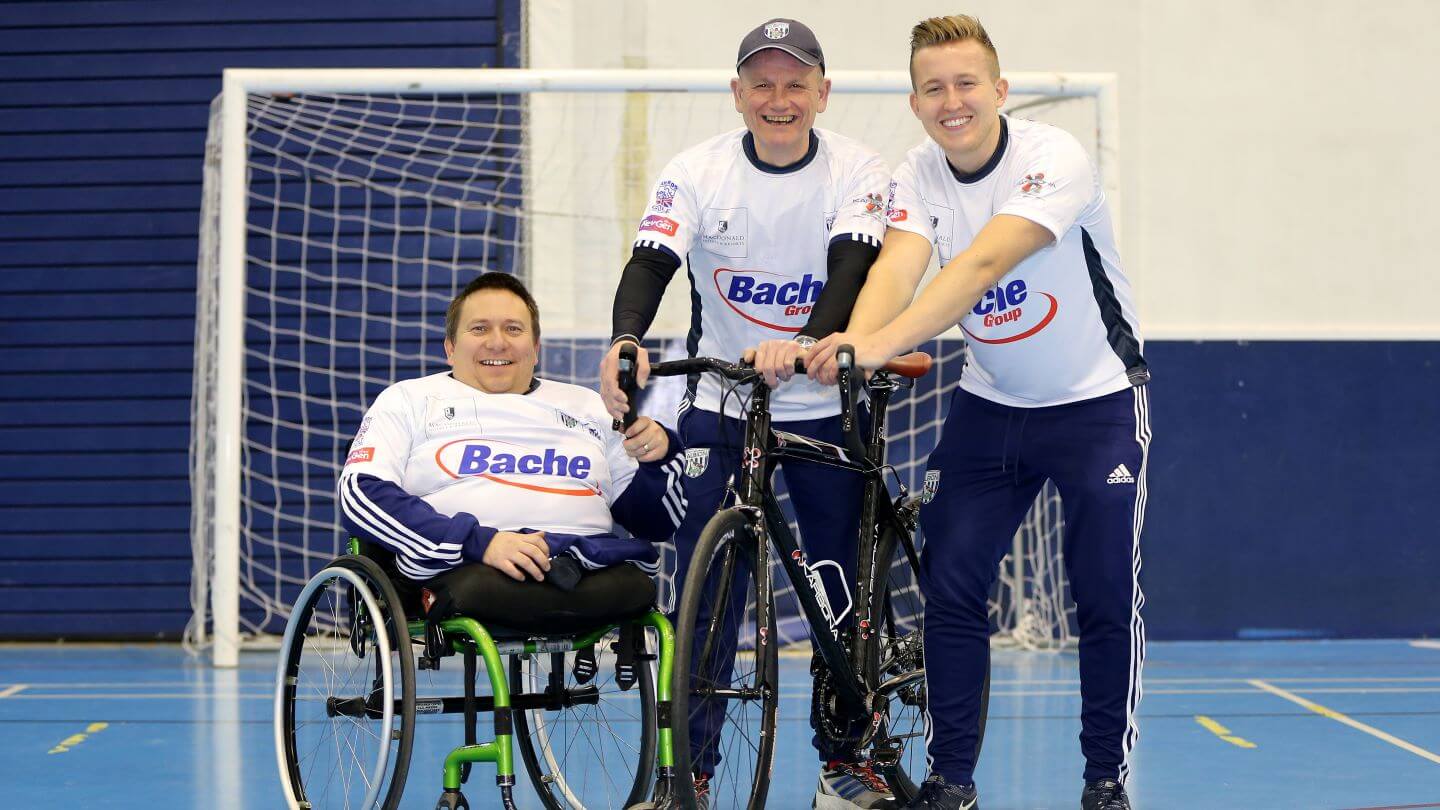 MOVING into our third year of sponsoring The Albion Foundation, we have taken on the mantle of becoming the charity’s principal sponsor.

Previously the headline sponsor of the Foundation’s Disability Department and the Baggies Bike Challenge, we have now stepped up our involvement for the coming year.

This is the sixth year that Robert Bache, Director of Bache Group, will support the Foundation and he still recalls his initial impression when he saw the charity at work.

“I first fell in love with the Foundation when I went to visit a powerchair session,” he said.

“I remember looking around and seeing how the charity changes lives.

“We’ve decided to extend our sponsorship of the Foundation this year to make a difference and add value to the local community.

“It’s great to see the positive work that my club, West Bromwich Albion, are doing off the field, and we’re delighted to support them with that.”

Jonathan Ward, the Sponsorship Officer of the Foundation, is delighted to have Bache Group on board for the coming season.

“Robert has been instrumental in supporting the Foundation,” he said.

“He has been a key influence in our partnership committee, and has helped us link with local businesses, supported staff development and will take part in the Albion Cares scheme.

“We are, as always, very appreciative of Bache Group’s continued support.”